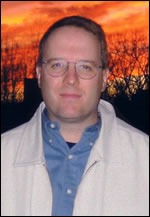 Gregory G. Whittaker, Manager of Homes By Whittaker, has been a part of the Whittaker family business for over 25 years. Greg has spent several years researching the principals of new urbanism and visiting traditional neighborhood developments across the country. In 2003, his vision became reality with The New Town at St. Charles. His vision, financial capacity and outstanding design team have already made The New Town at St. Charles an astounding success. In fact, the development has already received widespread local and national media attention, and many influential new urbanists are forecasting that this will be one of the most important TND’s in the country. Greg holds an architectural degree from University of Kansas.

Andrés Duany is a founding principal at Duany Plater-Zyberk & Company (DPZ), the town planning firm for The New Town at St. Charles. DPZ is widely recognized as a leader of the New Urbanism, an international movement that seeks to end suburban sprawl and urban disinvestment. In the years since the firm first received recognition for the design of Seaside, Florida, in 1980, DPZ has completed designs for close to 300 new towns, regional plans, and community revitalization projects. This work has exerted a significant influence on the practice and direction of urban planning and development in the United States and abroad.

Andrés Duany has delivered hundreds of lectures and seminars, addressing architects, planning groups, university students, and the general public. His recent publications include The New Civic Art and Suburban Nation: The Rise of Sprawl and the Decline of the American Dream. He is a founder of the Congress for the New Urbanism, where he continues to serve on the Board of Directors. Established in 1993 with the mission of reforming urban growth patterns, the Congress has been characterized by The New York Times as “the most important collective architectural movement in the United States in the past fifty years.” 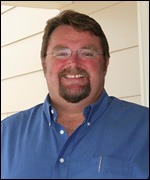 Tim Busse, AIA is the Town Architect for the New Town at St. Charles. Tim was integral in organizing the original New Town Charrette with Duany, Plater-Zyberk & Company in February of 2003 and has led many additional workshops with DPZ focusing on the architecture & urban design of New Town. Tim recently returned from Liberty, Missouri where he participated in a DPZ town planning charrette for The New Town at Liberty. He has traveled extensively to study both historical & New Urbanist communities and attends many development-related events annually. He has also been an invited speaker for dozens of community & professional groups interested in New Town.

Tim has been with Whittaker Homes since 1994, serving as Vice President & Director of Architecture since 1999. Tim graduated from California Polytechnic State University at San Luis Obispo with a Bachelor of Architecture degree. He is a licensed Architect in Missouri & California and has been Architect of Record for many residential, commercial & industrial projects. 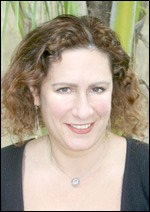 DPZ are leaders in a national movement called New Urbanism, which advocates urbanism that is economically sustainable, socially responsible, and environmentally sensitive.

Marina Khoury received two Masters Degrees, in Architecture and Urban Planning, in 1992 from the University of Wisconsin-Milwaukee. Prior to her graduate studies in the United States, Ms. Khoury attended the “Ecole Speciale D’Architecture” in Paris, France.

Ms. Khoury is involved in a number of volunteer activities in Miami. She was appointed to the City of Miami’s Urban Development Review Board in 2001. She taught as an Adjunct Professor at the Design and Architecture High School (DASH) for six years and has been a member of their Advisory Board for the past three. She is also an active member of the Buena Vista East Historic Neighborhood Association.

Her professional affiliations include the Congress for New Urbanism and American Institute of Architects. 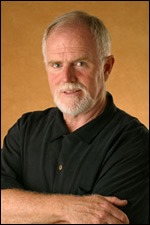 Bruce Corban is a principal of Corban and Good Landscape Architecture and Urbanism, a progressive, award-winning firm based out of Toronto, Ontario that focuses on urban landscape architecture and design of the public realm. The firm specializes in innovative design of major urban parks, squares and streets, master plans and guidelines for urban design, streetscapes and open spaces arising from a thorough understanding of the relationship between urban planning, architecture and landscape.

Corban and Goode has been retained by The New Town at St. Charles to provide urban design and landscape architectural construction. The firm is responsible for select civic sites, streetscapes and many of the parks and open spaces throughout New Town. 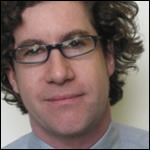 Garth Goode is a principal of Corban and Good Landscape Architecture and Urbanism, a progressive, award-winning firm based out of Toronto, Ontario that focuses on urban landscape architecture and design of the public realm. The firm specializes in innovative design of major urban parks, squares and streets, master plans and guidelines for urban design, streetscapes and open spaces arising from a thorough understanding of the relationship between urban planning, architecture and landscape.

Corban and Goode has been retained by The New Town at St. Charles to provide urban design and landscape architectural construction. The firm is responsible for select civic sites, streetscapes and many of the parks and open spaces throughout New Town.

Corban and Goode have been nationally and internationally recognized for their work, winning numerous awards. Garth Goode has been active professionally as an urban designer since 1988 and a partner of the firm for the past twelve years. 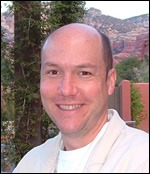 As a civil engineer and a registered architect, Tony Sease has a unique perspective on many of the challenges encountered in designing, permitting and constructing mixed-use Traditional Neighborhood Developments. He has worked on over seventy new urbanism design charrettes and projects around the country, including the initial charrette for New Town St. Charles. He also maintains an architectural practice, Orange Architects Inc., in Durham, North Carolina, where he and his wife live in the heart of an ‘old urbanism’ neighborhood, Trinity Park.

In 1999, while employed as Director of Engineering for Duany Plater-Zyberk & Company, he founded Civitech, a civil engineering and consulting firm specifically created to provide technical, design and implementation assistance for New Urbanism development. Over the past eight years Tony has created the initial engineering layout of scores of mixed-use, TND projects in fifteen states, and has also led master planning and design charrettes for several New Urbanism projects. His architectural work includes a series of townhouses nearing construction as the first new infill in decades on historic Washington Street, the main street of Vicksburg, Mississippi.

In addition to Traditional Neighborhood Design and new urbanism, Sease works as a Planning Consultant to William McDonough + Partners, world-renowned leaders in the green building and sustainable design movement. This past fall, Tony completed his third year as a Visiting Lecturer, teaching Site Planning and Sustainable Design in the graduate City and Regional Planning Program at UNC-Chapel Hill. Tony was also a 2005-06 mid-career Knight Fellow in Community Building at the University of Miami, which held its annual design charrette last summer in Intown Memphis.